There are some things that are just too difficult to arrange in an apartment, or indoors for that matter.

I’ll give you an example. What comes to mind is a bicycle.

One bicycle might be okay, but if you have numerous bikes to store, it can be a bit problematic. Depending on how much space your apartment allows, it can be even trickier.

For some, there’s the option of storing your bicycle(s) in the garage or on a bike rack that the property provides. While that might save you space, it might occupy your mind because you’ll be checking on it consistently to ensure it’s safe.

I’m not saying that your bike isn’t going to be safe in those places, but to ease your mind, you might opt for storing your bicycle(s) in your apartment.

So, where in your apartment should we store a bicycle? 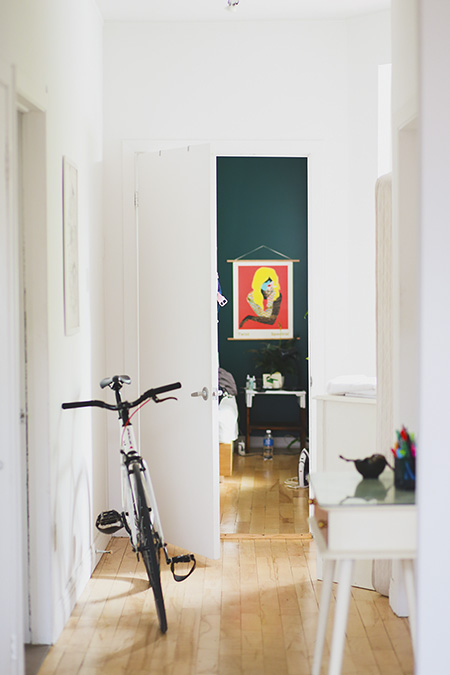 If you have a closet, that would be a good first option. In a closet, the bicycle isn’t acting as an eye-sore or getting in the way of things. A closet stores the bike away until needed.

Some are lucky to have a private balcony or patio where they are allowed a couple more square footage to place things. Now, there may be some regulations on what can be stored outside, so make a note to check it out with the leasing agents, beforehand.

They might say that it's okay as long as the bike doesn't block the door. If the bike or anything for that matter blocks the door, that's a fire hazard and can result in serious consequences.

If you are able to store the bike(s) outside, you may want to lock it up. Especially, if you are living on the first or second floor or if you’re balcony is relatively near your neighbor.

To prevent weather damage, cover the bike(s) with a towel.

What’s the largest piece of furniture that you have?

Typically, the answer is the couch.

This method really doesn’t use a lot of space. It only consumes a few inches behind the couch, against the wall – space that otherwise isn’t being used. 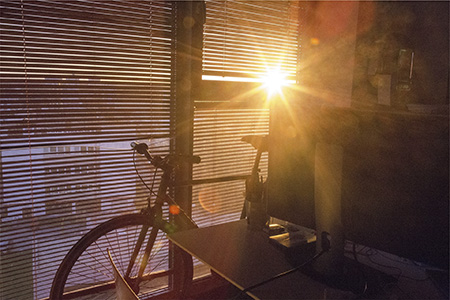 On A Stand or Rack

Some stands or racks require drilling. Before you begin drilling holes into the walls or the ceiling, we suggest that you check with the leasing agents. If it’s okay with them, then by all means, go ahead.

Meanwhile, some stands, and racks can do without.

There are even those that can stack bikes and elevate them off the ground, simultaneously saving you space.

What About in The Bathroom?

Now, this isn’t all too extreme. Think about your time in the shower. We roughly spend 15 minutes in the shower a day, maybe every other day, if even. Why not use the shower as a place to store a bike in the meantime.

Just draw the shower curtain back and no one will ever need to know.

Chances are that your guests are using these same storage tricks themselves. Due to more people commuting to and from places via their bike, there’s sure to be a lot of people creatively finding places to store their bicycles.

According to the U.S. Census Bureau, cycling is on the rise. Therefore, fitting your source of transportation in your apartment is even more important.

Wherever you look to store your bike, just know that it won't be parked there for long. After all, bikes are meant for riding. We’ll see you around!