One of the biggest professional regrets I have heard from people is that they didn’t dare to dream big enough.

People often underestimate what they can achieve in life. So…

Let me share with you a story. It’s the story behind the quote from Steve Jobs.

The Comeback of Steve Jobs
In 1997, Apple was months away from bankruptcy. It had gone through multiple CEOs to no avail and the company was bleeding money. In a desperate attempt to save the company the current CEO needed Steve Jobs’s help. Steve Jobs had founded the company in 1976 and was ousted in 1985. It was a bitter loss for Steve. Now he was being asked to help save the company he started. He agreed. After a few months, Steve became the CEO. He cut many product lines and focused on just doing a few things well.

Soon after he became the CEO, Apple published an ad campaign called “Think Different.” The commercial featured Richard Dreyfus reading a poem called “Here’s to The Crazy Ones” while images of famous people like Amelia Earhart, Gandhi, and John Lennon flashed onscreen. Steve was asked to narrate but he thought that was a terrible idea. He thought if he narrated it people would think he was full of himself. He agreed to read it once to placate his staff. The commercial aired without his voice, but years later his narrated version surfaced.

The video gives a powerful message. And to this day, this video moves me like none other. Check it out below:

I dare you to dream bigger. You are capable of so much. Don’t be the one to hold yourself back. 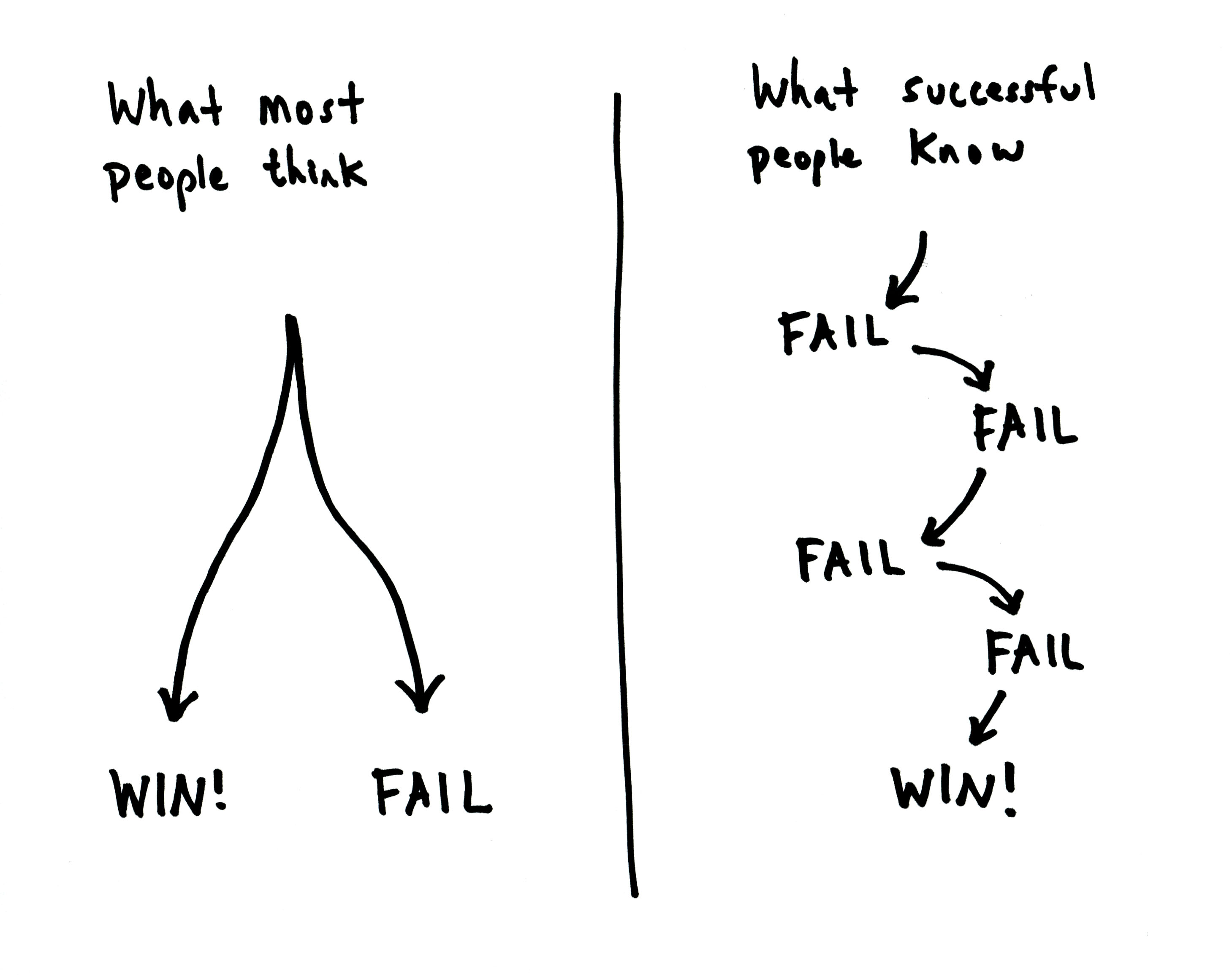 Many people believe you either succeed or fail. Successful people know the road to success wanders through many failures. I have failed many times. I have questioned myself. I have written emails to important people but hesitated on clicking “send”. I have stumbled over my words in networking events. I’ve looked like a fool while meeting someone new. I know how easy it is to want to hide away instead of pressing on.

But if you keep pushing on toward worthwhile goals you will make progress! And the journey is exhilarating.

Personal and professional growth happens just outside your comfort zone. If you are comfortable, you aren’t growing. 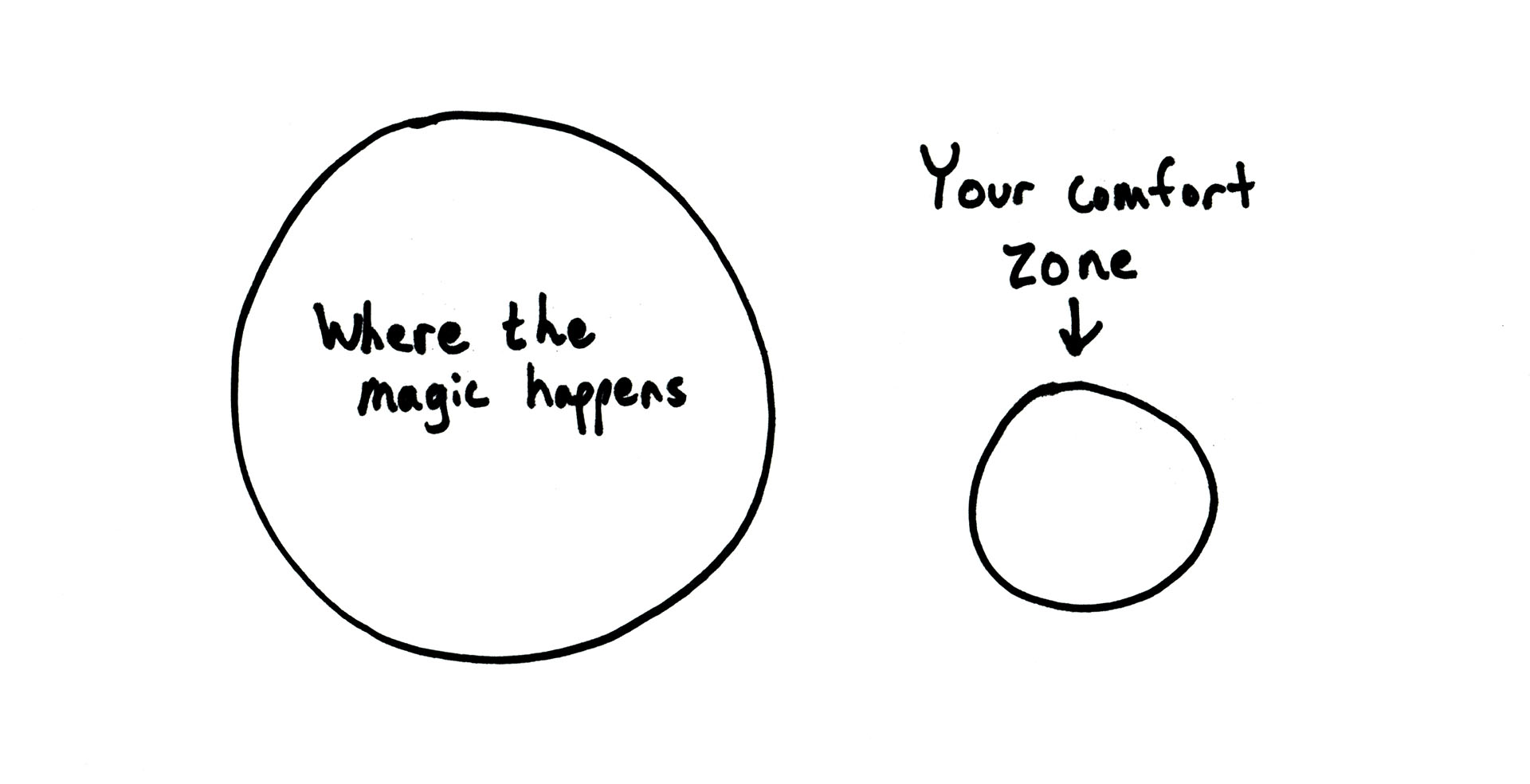 Several years ago, we started building a new apartment building in a new city. It was our largest and most ambitious project ever. It was definitely out of my comfort zone. And… it didn’t go well.

The city shut down our project not once, but twice!

It was awful. I didn’t sleep well for months. I don’t generally work on the construction site. But I spent day after day in the trenches trying to get things back on track. I remember a two week stretch where I literally stood in a 10-foot-deep utility trench looking for a water leak. I was there from sunrise to sunset.

It was a low point.

But with enough hard work and failure we started to turn things around. By the end of the project, the head building inspector said that the quality of the final building was “A+++”. And we have since earned the highest review of any apartment in that city.

People often don’t see the failure. But I promise you there is a lot of failure before the success.

Here is what that journey and most any journey to create something great looks like: 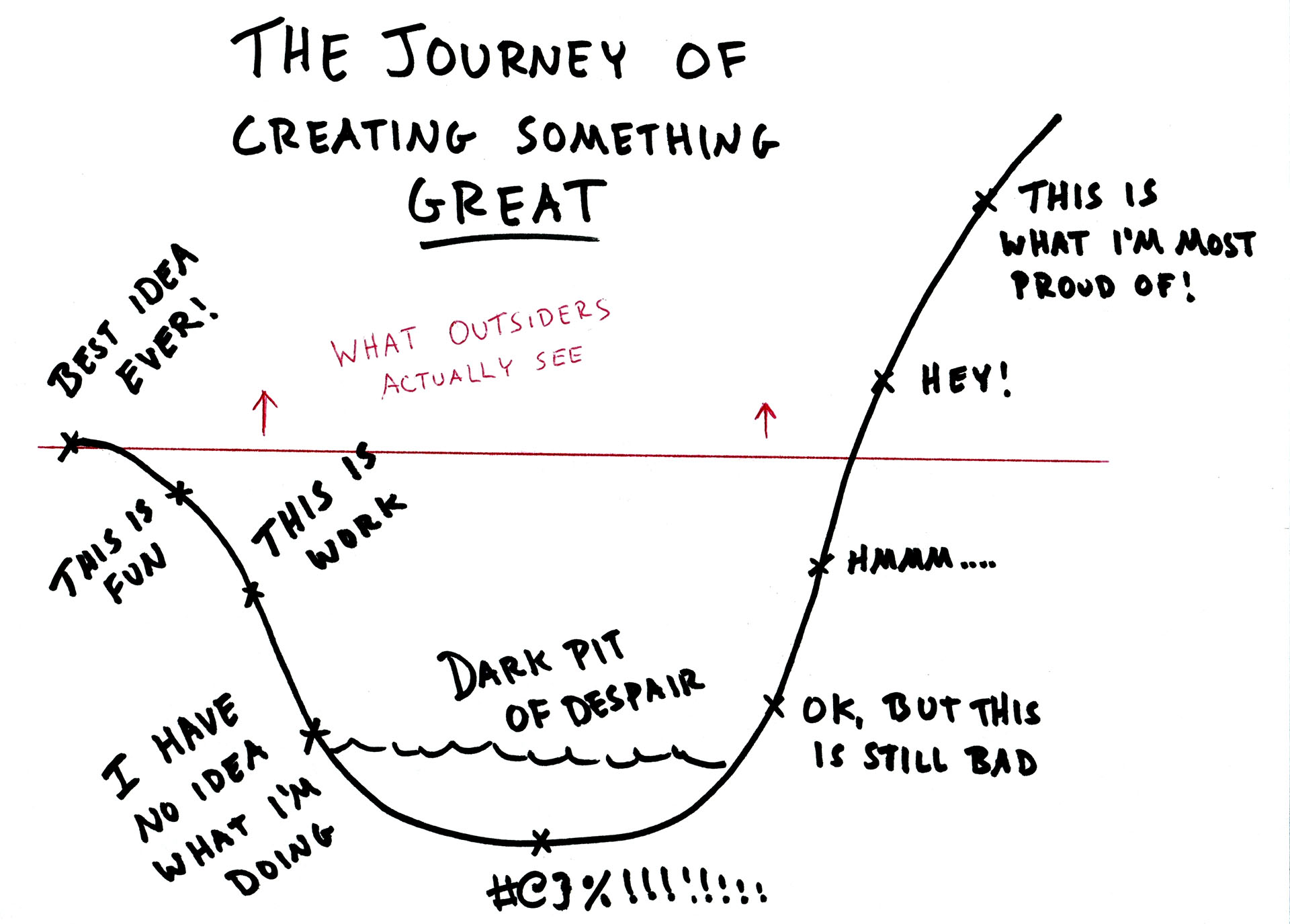 You start off excited. But with time you realize that this is a lot of work. Then eventually you hit the dark pit of despair. But if you just keep pushing forward eventually you can work out of it. Then someday you may look back at this moment and say that this was one of the key defining moments of your life.

The interesting point is that most people don’t see the struggle. Instead they see the success and say think that it was an overnight success.

But it rarely ever is.

Great success comes from a long period of dedication and perseverance.

So, even though it isn’t easy, keep pushing forward. And dare to dream big! You’ll be surprised at what you can accomplish.