Three out of four employees report their boss is the worst and most stressful part of their job.

When I read this stat in the Huffington Post, I was heartbroken. Managers serve their employees. It’s not the other way around. One of my favorite books of all time is Good to Great by Jim Collins. Jim Collins and his team carefully studied thousands of companies to understand what made the best companies great. They found, not too surprisingly, that great leadership was key. Bad leaders can easily sink a company. 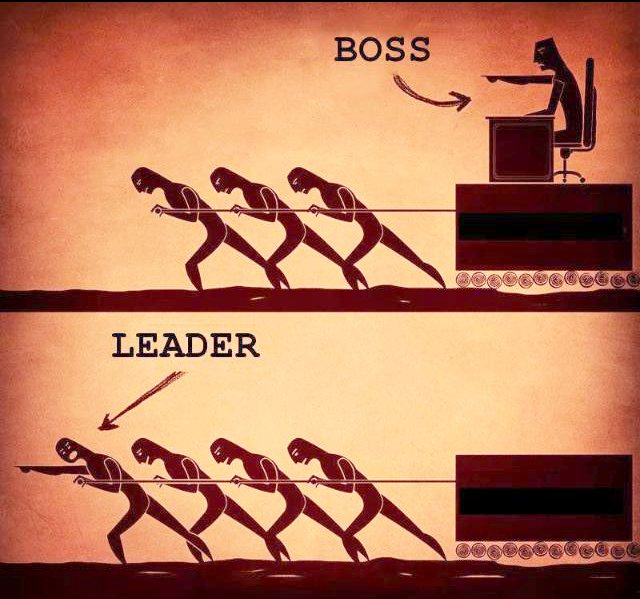 Here are some of the ways managers fail to become great leaders:

According to a study by BambooHR, the worst trait of a bad boss is when the boss takes credit for the employee’s work. This is incredibly demoralizing to the staff. Instead a great boss understands when to look through the window and when to look into a mirror.

When something negative happens, a great boss looks into the mirror. He takes responsibility for the problem. He doesn’t blame others instead he fights to get better. When something positive happens, a great boss looks through a window. He doesn’t take credit for the success. Instead he shows the world how great his team was in creating that success. Great bosses don’t take the credit for themselves.

At our company we build and manage apartments. We hire other companies to help our staff complete the construction of the buildings. One day I found out that the owner of one of these companies was screaming at my staff. This owner was intimidating. He ran a successful company with about a hundred employees. He was established in the community and about 30 years older than me. I asked for the owner to meet with me.

But despite my fear, I sat across the table from him. With as much courage as I could muster, I told him that his behavior was completely unacceptable. I said that if he ever wanted to work with our company again, he had to treat everyone on our site with respect.

Great leaders lead by example. I was once able to snatch a great employee from another company. That employee loved his work and didn’t want to leave. But there was one major problem. His boss would often fail to show up to work. His boss wouldn’t follow through on what he said he would do. If things got tough at work, his boss would leave and would expect the employee to pick up the pieces.

How inspired would you feel working for a boss like that?

It’s a travesty that 75% of people find their boss to be the worst and most stressful part of their job. It shouldn’t be that way. Managers are here to serve their employees. When employees are well served they take care of customers. And then the customers take care of the business. The formula is simple. Managers just need to step up and be great leaders.